When we visited the 2GG Apparel booth at the 2016 PGA Merchandise show we found the creator and former Major League Baseball pitcher, Russ Ortiz. Russ founded 2GG Apparel after he retired from baseball. He is an avid golfer and wanted to find something he could be passionate about. He decided golf apparel would give him the direction and vehicle to give back to charity. 100% of all 2GG Apparel profits are donated to charity.”I built a team around me that could get the job done,” Russ said during his interview with Brian Stefan.

The original name was 2nd Guy (and Gal) Golf. We all have that second guy or gal that scores better then the first. This is the guy (or gal) who hits it tight after missing the green on the first ball. Or the same one who stripes it down the middle of the fairway after we blast a tee shot into the woods. Most of our second guys or gals could play on the tour…right? Russ is a good golfer but admits to dropping that second ball from time to time. Of course he’s counting the strokes!

The name was shortened to 2GG Apparel and the products are in Pro Shops all around the country. But, perhaps the coolest thing we heard from our interview with Russ was their tournament program. 2GG will support your tournament and give all the net profit to the charity your support.

Professional golfer, Alex Cejka is representing 2GG Apparel on tour. “We’re very excited about that,” remarked Russ. “He’s been doing great this year and it’s cool to have him out on the big stage representing us. He’s excited about it and loves it, and that makes us that much more excited.” 2GG has other players wearing their gear on the PGA Latin American Tour, the LPGA and the Symetra Tour. For more information visit their website at http://2ggapparel.com. 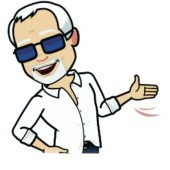